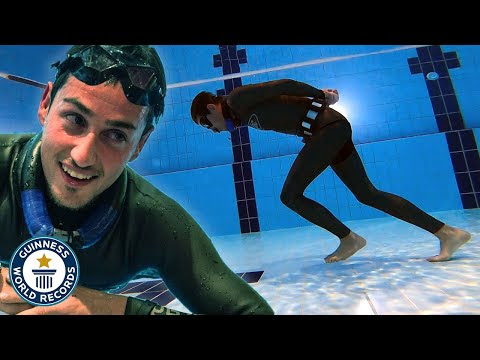 Boris Milosic (Croatia) walked an astounding 96 metres (314 ft 11.52 in) underwater without coming up for air, breaking the record for the   longest underwater walk with one breath (male) , in Split, Croatia, on 1 March 2020. We’ve all tried to see how far we can swim holding our breath in a pool, but Boris took the challenge to new depths by beating the previous record by an amazing 16 metres; a feat which he completed in 3 min 34 sec. To achieve the record title, he had to always keep one foot in contact with the ground.  This meant that Boris had to attach weights to his body to make sure this guideline was adhered to – perhaps not for the faint hearted! Boris is a self-proclaimed water lover whose passion for diving stems from when he was 7 years old, where he used to explore the wonders of the ocean.  It wasn’t until age 14 that he discovered freediving as a professional sport.  Now, at age 24, Boris has been freediving for an impressive total of 10 years. Despite his expertise
Post a Comment
Read more 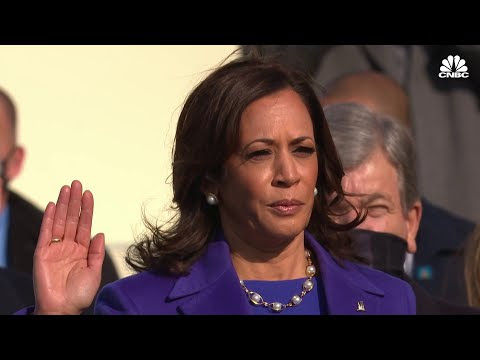 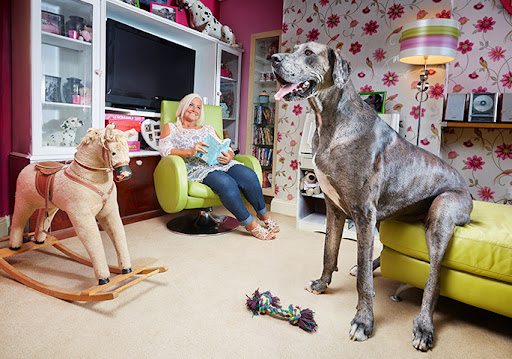 Freddy the Great Dane, who held the record for   tallest dog living (male) ,   has sadly passed away. He was 8 and a half years old.  The gentle giant was a much adored and pampered pet who became an international superstar when his record was announced in 2016. When measured by a vet and Guinness World Records’ Editor-in-Chief Craig Glenday, Freddy was a towering 103.5 cm (3 ft 4 in) from foot to withers.  Standing on his hind legs - not a measurement that GWR officially counts - his height was an imposing 226 cm (7 ft 5.5 in). Freddy's owner Claire Stoneman from Essex, UK, was devastated at her beloved pet's passing: "He was not just the tallest dog but the dog with the most love and the biggest heart. A total soppy bugger who was hand fed. "He was my life. My reason. My joy. My annoyance. My happiness and my ultimate sadness. He was my heart Dane. My one in a million and loved by the entire world." Recalling his arrival in her life when the record was first
Post a Comment
Read more